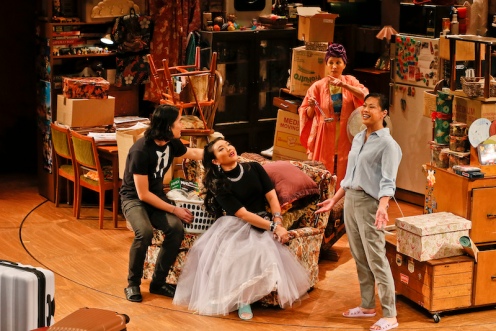 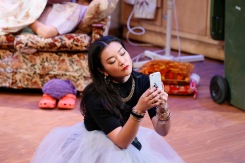 Torch the Place is a play that filled my mind for a couple of years. When I started at Melbourne Theatre Company as Associate Director in 2016, the company was just about to launch Next Stage, it’s most ambitious commissioning program for new plays. The artistic team lobbed in ideas for writers that were either experienced in plays/experienced in other fields of writing and might be steered towards plays. My pick was journalist/screenwriter/cultural sweetheart Benjamin Law. To thrive in the creative world you have to be able to tune into something – Buddhists might call it universal something or other (I’ve been doing a ton of meditation via Oprah and Deepak during coronavirus, and even though I do literally half an hour a day on it, I can never remember any terms) – anyway, my gut/head/instinct said “Ben Law would be good at plays” or, perhaps more accurately “I would like to see a play that Ben Law wrote”. So I got in contact and asked him if he had any hankerings to step into the world of theatre.

Ben responded to my email very speedily. This is the first amazing thing to know about him. In the arts world, it’s very common for busy, important people to take a long time to respond to emails or texts (and, dear reader – sometimes they NEVER RESPOND AT ALL) But Ben, who I’ve come to believe may well be the busiest person in the cultural landscape, responds pretty much within 12 hours. And his responses are often funny. I appreciate that. But what I most appreciate is they’re full of the information you’ve requested. Anyway, Ben said he loved theatre, and did have an idea for a play.

We met for the first time. Ben has the manners of a gentleman. He is unfailingly courteous (he often arrives bearing gifts) and I’ve never seen his temperament shift many degrees away from buoyantly calm. He’s assured me it does, but not seeing is not believing. We talked about how he’d travel down from Qld as a spotty teen to soak up whatever was going on at STC and Belvoir and that even as a (very busy) adult, never missed an opening or cultural event. His idea was about a mum who has a hoarding problem and her kids’ attempts to resolve the issue. I’m the sort of director who sees the potential and none of the problems. I’m quite glad I didn’t think about what realistically it would take to get a house full of junk onstage, and only how amazing it would be to put a house full of junk onstage. Innocence (ignorance?) is often the blindness one needs to take any big step forwards.

MTC loved the idea and Ben was commissioned. This was early 2017, and we went into rehearsals on the second-last day of 2019. So it took two-and-a-bit years to move from idea to stage. We went through an astonishing number of drafts over that time – astonishing to anyone that doesn’t work in new plays, but otherwise completely, horrifyingly standard. They’re hard y’all! Sometimes it felt like Ben and I were stumbling around in the dark trying to find the thing we both knew was there, constantly picking up objects that looked or felt a bit like what we wanted, but were never quite right. And so we’d stumble out of the room holding what we thought we were after, only to realise…oh no, we forgot a few things, and we’re gonna have to go back in that room again in a few weeks and try again.

Because you don’t know what you’re looking for when you’re creating new work. New work can be anything. You might know what theme and world you want to explore, you might know what sort of people inhabit it, you might have a series of scenes and moments that elucidate your theme, your story, your characters, your world, but because you can literally do anything with new work, there’s a lot of freedom. Before we got to the first day of rehearsals, names changed, scenes changed, endings changed, startings changed, the only constant was…change. (And the family singing “Reflection” from Mulan – that was in draft one and stayed there till closing night – Ben’s idea, not mine, but god I was happy he put it in. And that Disney said yes.) Here’s a couple more things about Ben during that process; he takes suggestions beautifully – he listens to everyone and then he takes it on and incorporates it, or clearly says why he doesn’t think that’s quite right for the moment. He’s generous – a big thanker and complimenter (not as common as you’d think in theatre). He’s clear – he’ll tell you exactly when to expect a rewrite – and he’s quick. He can rewrite a section in the time it takes for the cast to take a bathroom break (and our cast took a lot of bathroom breaks).

After a few workshop/reading days, Torch the Place was programmed for a Feb 2020 premiere. Ben did two full redrafts as we headed to rehearsals, and a huge amount of rewriting once we started. Making the show was both incredibly difficult (especially for my extraordinary designer Isabel Hudson, who had to figure out how to begin the evening with a pile of stuff that would overwhelm the audience and have it all gone 90 minutes later with only a revolve and a very exhausted cast and crew to make it happen) and entirely joyful. We all worked as hard as you can in theatre and without almost any interpersonal tension. I think a big part of that was due to who Ben is and what he represents in our culture. And his play represented that – it was crass, political, messy at times, funny as fuck and deeply moving.

Did I love making Torch? Yes. Did I ever think it wouldn’t get there? Yes. Was I willing to go on the ride anyway? Yes. And would again. Because there’s nothing more rewarding than working with a generous, talented creator who is willing to walk into that messy house with you and see if we can talk a team of people into cleaning it up with us.

Torch the Place was special in many ways. It was completely sold out well before we opened – pretty rare for a debut play. It was an entirely Asian-Australian cast. It was my first time working with any of the all-female creative team (they were incredible). And it got the most standing ovations of any play I’ve ever worked on. People connected to Ben’s story, Ben’s characters, in a visceral way. That’s the outcome you pray for when you drop an email to someone that says;

Dear Ben, would you be interested in writing a play? 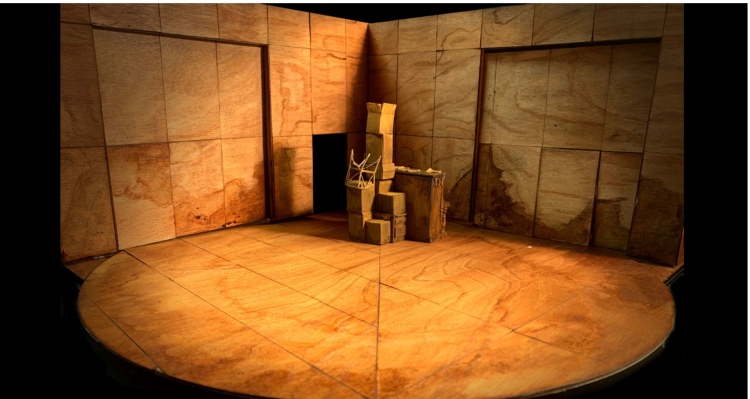